The Stone of Daniel cut out of the Mountain without hands... who's love may be considered fierce, shall utterly annul every system of this world that opposes justice.

The 'Stone of Revelation Yeshua' the God of Israel, the Stone of David taking aim at the image of the Beast revealed in Revelation 13 ...

only this time His aim will take out the footing of a beast of a system, concerning (what is anti-God) in regards to the mark, image and number of his name - systems/kingdoms of this world tied to the enemy and his cronies, that already exist.

v16 "He causes all, both small and great, rich and poor, free and slave, to receive a mark in their right hand or in their foreheads, 17 and that no one may buy or sell except one having the mark or the name of the beast, or the number of his name". (this mark is IN your hand and IN your thought processes ... not ON your hand or ON your forehead... look at the KJV).

This is not some big scary moment, event or occurrence the end-time teacher's made it out to be, rather, it's merely man 6 + the system of mankind 6 + men 6 x 3 (6 in hebrew representing a man) tied into buying and selling, debt enslavement attributes, the enemy and his cronies. v18 "Here is wisdom. Let him who has understanding calculate the number of the beast, for it is the number of a man: His number is 666".

(the word or term "causes" v16 - is simply a law or legislative term in a world-wide use system sense).

Look again: v7 It was granted to him to make war with the saints and to overcome them. And... authority was given him over every tribe, tongue, and nation.

As so far as the rest of the occurrences, attribute's displayed, found in Revelation 13 - this Beast that comes out of the earth, simply explained, there are premises in motion all though out Revelation and Revelation 13 tied to - the heritage and linage of the enemy and his cronies.

We only have facets of revelation our part, nothing to fear. "Let the world follow and marvel after..." v3,"he who has ears to hear let him hear..." v9, "we are called out of captivity..."v10a the bondage of credit, interest and debt.

Aim at His heart beloved for One Southern California Event as Yeshua plots the path < through THIS word, a living reality in link) bringing our Kingly economic stance, financial freedom for the many, joy, societal relief and 'himself as Salvation' quoting  "It's already been done beloved, step into this One Event with ME... for I AM the One calling those things that are not because they actually exist already"

His heart is to see an event coupled with funding (extending) inventive assets. / The tribe of Zebulun was and is the vanguard of those encamped with Judah and Issachar; yet these among us to this day endowed with that multifaceted Spirit endowment, still remain as the heritage and lineage of His... warring worshiping recruiting wealth tribe. Judges 5:18,14. 1 Chron 12:33,41

This Spirit endowment on many will accelerate the remnant into our funding, purposes, harvest and His full Inheritance. 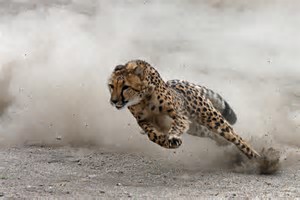 We are His presence and present wealth carriers eventually right into Jerusalem!

We are in the midst of Yeshua' dreams and desires for the many creatively, as we head into the public eye "to effect culture"... amidst USA (to world-wide) financial justice. We have been in the midst of currency revaluation behind the scenes - back to the gold standard, heaven's financial systems, even unknowingly. / 7 years ago we noted royal stewardship solutions never experienced before yet now about to hit full-force in our nation, as a whole... "a rumble, a shake, a time to awake... something special is about to take place, https://www.youtube.com/watch?v=_B5OD14HGok Charlie Shamp Prophecy ...

the heavenly realms will shake". | Another California earth quake coming. Underground Gold reserves will be known, our Father as ultimate provider nationally, re: the another CA gold rush (amidst California Gold mother-Lode).

TO EFFECT / PURPORT, INTENT : ESSENCE - Something that inevitably follows an antecedent : such as a cause agent : an outward sign APPEARANCE : ACCOMPLISHMENT : FULFILLMENT - Power to bring about a result : INFLUENCE - Goal : free up and empower "the many financially" for their full-time creative purposes amidst harvest, so that, we pull the linchpin in the timeline of his word (Romans 11:25), bringing in the fullness of the Gentiles/Nations, which literally leads to 'the living reality' of verse 26, as it is written, "And so all Israel will be saved...the Deliverer will appear out of Zion! And, He will turn away ungodliness from Jacob, for this is His covenant with them!" 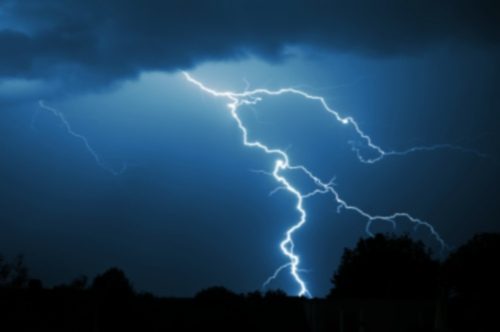 As you consider your part in this coming forth company of prophetic one's, we believe, that these include those who give voice to the G-d of Israel' leadership, under His strategic directives, to rightly govern the earth. Revelation 10:1-7 is declared outside what is written in His word - under the unction and Spirit endowment as end-time 'Messengers of Good'. Take note, we close out the mystery of G-d (as we've stated years previous) we are also in a Kingdom civil governmental call to royal forever family stewardship which shall remain upon us. This leads to financial societal equality (Isaiah 24:2 premise) amidst assets shifting - as we are to grasp the hands of the poor, so that, they too may be strengthened and fully established.

^"Glimpse into a portion of My narrative my beloved children"^

For since the beginning of the world men have not heard nor perceived by the ear nor has the eye seen any G-d besides You who acts for the one who waits for Him. Isaiah 64:4

A Strategic Hybrid Resource Site in the Ruach Hakodesh of Israel 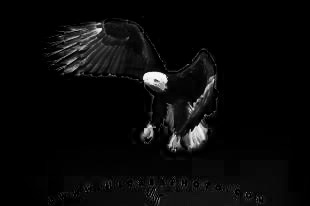 "My Valiant One's I AM Raising up many Benefactors for You"

"Keep standing in My Love"

Co-creating a collaborative platform to express the beauty and gift that you are to this world,
as we head into,
Interactive
__Reality TV In Process__
('Truth Veiled yet in Process' Isaiah 25:7)
"And on this Mountain He shall remove the covering over the peoples..."
Heaven's Vital Impact Seven Group shall be seen and His Judicial Ones.

Realize above statement we harvest with Rev 14 Angels proclaiming the everlasting gospel
PLEASE SEE PRESS ROOM CALIFORNIA SAINTS AND ALL NATIONAL LEADERS
______________________________________________
We are championing the alignment sons and daughters under His original intent with a promise ... i.e reinstate honor 5th Commandment that is sure to bring unprecedented blessings to our generation.
We freely share... (to the right below) "In Nominations" with those who are to create a unique sound and sight event as we gather the younger generation to awaken hearts to another generation in honor.
Let us hear from you as we contend to bring all into the stunning reality of the Glory of our Davidic King, in that, all will know that He is real and ever present... as we head into the unexpected, harvest, celebration and great joy... knowing that we are loving, looking for and hastening His appearing!

Glean and consider what's possible reaching those in Southern Califorinia .

Ube4me Entertainment Services, LLC
__Events That Make A Vital Impact Through Giving__
Out of a Matthew 22:1-14 Royal Forever Family Bridal Invitation and into
the greatest out-pouring ever on the natural descendants of Israel among us.